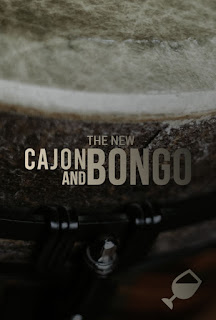 The history behind The New Cajon and Bongo is one of darkness and despair. The Slaves of West and Central African origin are considered to be the origin of the Cajon drum, which is essentially a wooden box with a sheet of wood nailed on as the sixth side acting as the striking surface. The Cajon is a highly featured instrument in Cuban music, which also traditionally contains the Bongo. The Bongo was also brought from Africa to Cuba by the slaves, and both are often featured in salsa, rumba, changui, and other traditional styles. The modern adaptation of the Cajon is often found in Spanish flamenco music; however, this is relatively new. The Cajon was introduced by the flamenco master, Paco De Lucia, during the 1970s and is now a standard instrument in Spanish guitar music. We decided to explore both instruments extensively by sampling two sets of professional Cajons (snare and non-snare) and three sets of professional Bongos (small, medium, and large). We recorded the drums as ensembles, divisi, and individual solo instruments, this allows you to build your own custom ensemble size. We have also sampled both types of instruments close and dry, using hands, fingers, mallets, sticks, and brushes. We made sure to cover a massive range of different playing surfaces on all instruments. Both of the Cajons were also recorded with two different microphone positions (internal and external), so users can truly dial in the sound they wish. Then, we also sampled the instruments a second time, in a warm, slightly wet wooden percussion studio, to allow that much more user flexibility, and as a bonus, we’ve included a special section of ensemble hand claps, finger snaps, and hotrod stick clacks. All instruments within the library have full 10 round robins per velocity layer, and up to 10 velocity layers each. The end result is the most detailed ensemble and solo Cajon and Bongo library in the history of sampling.
Posted by Eric Gross at 2:07 AM